WASHINGTON (CNN) — The Selective Service website crashed Friday because of “the spread of misinformation,” the agency tweeted. 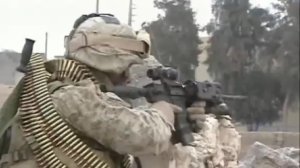 The website’s crash came hours after the announcement that the head of Iran’s Revolutionary Guards’ Quds Force, Qasem Soleimani, was killed by a US airstrike ordered by President Donald Trump. The hashtag #WorldWarIII was one of the top trends on Twitter Friday.

The incident led to threats of retaliation from Iran’s government and the escalation of tensions between the US and Iran. It sparked fears on social media of a war between the two countries and the possibility of another military draft in the US.

“Due to the spread of misinformation, our website is experiencing high traffic volumes at this time,” the Selective Service tweeted. “If you are attempting to register or verify registration, please check back later today as we are working to resolve this issue. We appreciate your patience.”

Who is eligible for the draft?
The draft ended in 1973 and the military changed to an all-volunteer force. Currently, all men ages 18 to 25 are required by law to provide basic personal information to the Selective Service System. Not doing so is illegal.

“The Selective Service System is conducting business as usual. In the event that a national emergency necessitates a draft, Congress and the President would need to pass official legislation to authorize a draft,” the agency tweeted.

In earlier drafts, there were a number of deferments that could’ve kept someone from being drafted, such as medical conditions or attending college. Knowing this, individuals appeared to be researching Federal Student Aid, which provides federal student aid to college students from the US Education Department.

“Registering with Selective Service has been a longstanding requirement to receive federal student aid/a federal job,” Federal Student Aid tweeted from their official Twitter. “However, the U.S. military has been all-volunteer since 1973 & Congress would need to pass a new law to institute a draft.”

“There is no priority order for Selective Service based on the FAFSA form (they use a random lottery number and year of birth),” the agency tweeted.

Women were exempt from the draft. In 1981, the Supreme Court upheld a congressional decision to exempt women from registering for the Selective Service, deciding that because women were restricted from combat, there would be no need for their services in the event of a draft.

Then in 2015, the Obama administration opened all military occupational specialties to women, including “combat jobs.” Since then, women have graduated from the Army’s elite Ranger school, served on submarines, and completed Marine Corps Artillery Officer’s training.

A federal judge ruled in February 2019 that an all-male draft was unconstitutional, saying “historical restrictions on women in the military may have justified past discrimination,” men and women now have many similar roles.

The judge’s decision had no immediate effect as It did not block the government’s current policy. Any appeal by the Selective Service System would go to the New Orleans-based 5th US Circuit Court of Appeals before it would reach the Supreme Court.

It is uncertain whether it would reach that level. The Selective Service System had urged US District Court Judge Gray Miller to reject the case, largely because the National Commission on Military, National, and Public Service, appointed by Congress, is now studying the male-only registration policy.

The commission is supposed to develop a report and recommendations by March 2020.

ST. LOUIS (KTVI) – The Federal Bureau of Investigation is looking for possible victims of a deceased killer who moved throughout the country.

DALLAS (NEXSTAR) -- The United States is now in its highest COVID-19 case peak since the pandemic began with nearly two dozen states reporting their worst week for cases.

Over the past two weeks, more than 76,000 new virus cases have been reported daily in the U.S. on average, up from about 54,000 in mid-October, according to Johns Hopkins University.

EDMOND, Oklahoma (KFOR) - Edmond Police responded to shots that were fired at a YMCA complex at Mitch Park in Edmond Friday night.

Police say no one was injured in the shooting.

Is Trump or Biden winning? 5 clues from early voting

Walmart puts guns, ammunition back on display at US stores

CDC lifts ban on US cruises

Lawmakers urge seniors to stay safe when voting during the pandemic

Fauci: Life as we knew it won’t return until ‘many, many months’ into 2021

“You shouldn’t be afraid to go out and vote.” Covid-19 causing concerns for some, election officials prepared to keep voters safe

Legal or not? What to know before posting a voting selfie in Oklahoma

PREPARING FOR THE POLLS: Helpful information for Oklahoma voters

Is it already too late to mail in your 2020 Election ballot?

Less than a week: Key dates as we approach Election Day

Elderly residents struggle for days without power after ice storm