Shortly after 12:30 p.m., emergency crews were called to an accident along southbound I-35 and 122nd St.

Once firefighters arrived on the scene, they realized that a semi-truck had rolled on its side and was leaking fuel across the road.

Officials with the Oklahoma City Fire Department said they worked to contain approximately 180 gallons of fuel.

Drivers are encouraged to avoid the area as one victim is being evaluated for injuries. 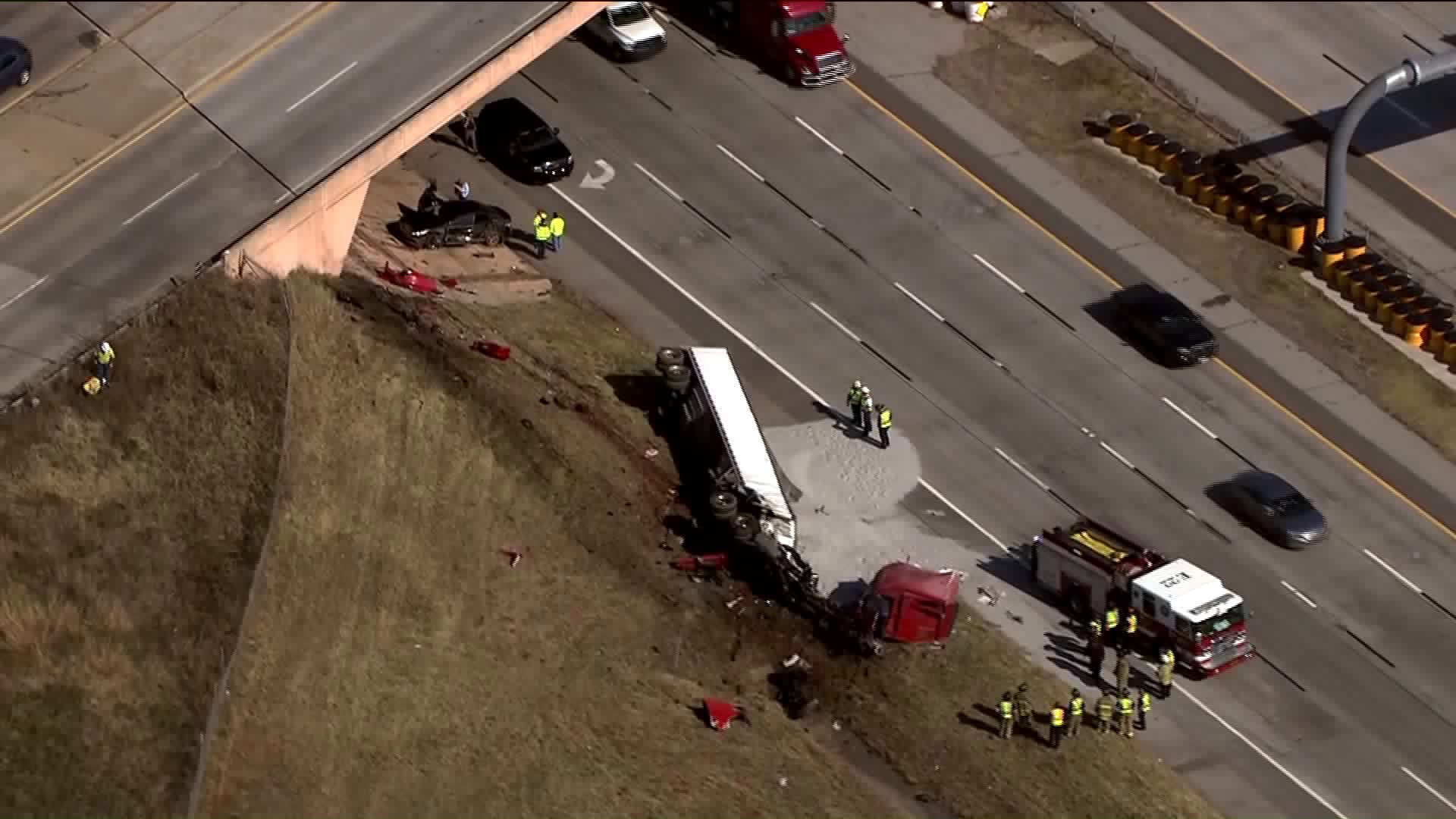 Officials say drivers in the area should expect delays for quite some time since the interstate is narrowed to one lane.