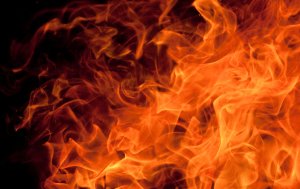 “They have all been relatively small,” Fulkerson said.

The largest of the grass fires occurred in the 9600 block of East Wilshire. That fire was still active as of 5 p.m., according to Fulkerson.

“It was approximately three acres when we arrived. They are making great progress on it now,” he said.

No one was injured and no structures were damaged by any of the grass fires.

Fulkerson said he could only confirm the cause of two of the fires.

“One was arcing power lines and one was accidental due to a worker welding a fence,” he said.

California issues statewide ban on evictions for renters until June 1

California issues statewide ban on evictions for renters until June 1

Gov. Stitt orders all non-essential businesses to close in counties affected by COVID-19