In February, a large fire destroyed two iconic businesses in downtown Guthrie and caused damage to a third.

When Long saw the massive flames shooting from two buildings near his business, he called 911 and knew he had to act fact.

Fire crews from all over Logan County rushed to the scene. Fire officials say the strong winds caused the fire to quickly spread through the Furrow Flower Shop and Double Stop Fiddle Shop.

During a Guthrie City Council meeting in June, council members discussed the future of the buildings.

Both of the buildings are owned by Byron Berline, who recently raised funds to open a new fiddle shop in Guthrie.

City council members said that either Berline or a private investor could restore the buildings, or the city could demolish them.

“I want this building to be resurrected if at all possible,” Berline said during the meeting, according to the Guthrie News Page. “Betty and I can’t afford to do it. We want to keep going. That is why we bought another building straight east. I hate to see it demolished, but if it has to be that’s what it would be.”

However, other members of the community said they were ready to step up and pay for repairs. The council ultimately voted to allow organizers time to create a plan to repair the buildings.

On Monday night, severe storms moved through much of the state and caused even more damage to the crumbling structures. 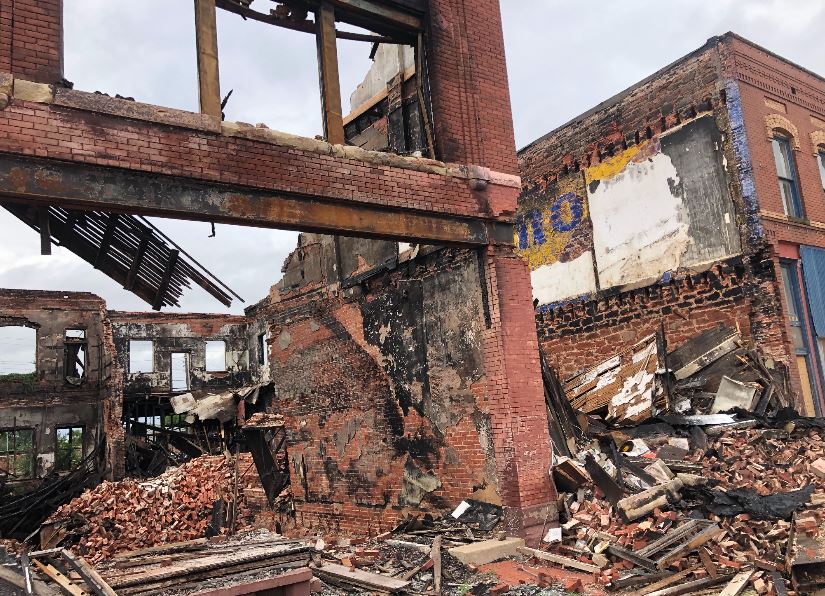 “I was having hopes that it might be able to be put back together, but this kind of solidifies that it won’t be the way it was,” Berline told News 4 on Tuesday.

The storms caused extensive damage to the walls, which were barely standing before the weather took a turn for the worse. 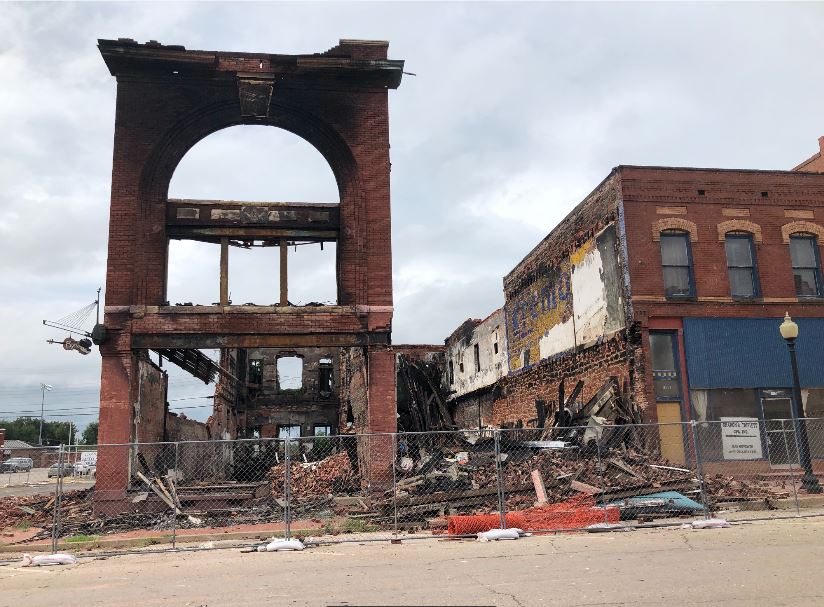