OKLAHOMA CITY (KFOR) – Authorities say an Oklahoma City woman has been arrested for murder following the shooting death of a Missouri woman.

It happened on Friday near NW 150th and Penn. 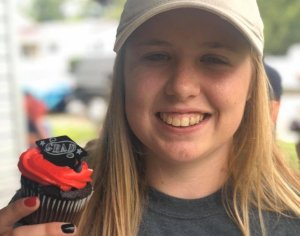 "She was always outgoing and friendly. She was always joking," Scott Sullivan told News 4 about his niece, 20-year-old Montanah Sullivan.

"It's really hard on everybody because it's so unexpected and it's not something that you ever imagine could happen to somebody," he said.

On Friday, Scott and his family got a phone call that no one is prepared. They learned Montanah's holiday week, visiting OKC from Missouri, took a deadly turn.

"As it turns out, she was riding in a vehicle with another female," MSgt. Gary Knight with the OCPD said. 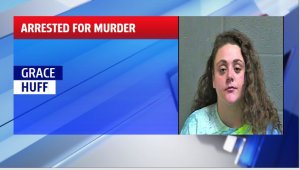 Police identified that woman as 21-year-old Grace Huff, a former field hockey goalkeeper for Casady School who went on the play at Rider University in New Jersey.

"At some point, while they were driving around in the same area as the hospital, one of the females discharged the firearm inside the vehicle striking the other one killing her," Knight said.

Knight said there were others in the car as well and someone drove the group right to the hospital.

Unfortunately, it was too late. Montanah died from the serious gunshot wound at the hospital before doctors could treat it.

"The next few days are going to be really, really hard. It's going to be the most difficult for all of the family and those around and friends," Scott said.

Huff was arrested at the hospital and booked into the Oklahoma County Jail on a first degree murder complaint. She is being held there without bond.

According to court documents, Montanah died from a gunshot wound to the head and Huff allegedly denied knowing how she was hurt when they got to the hospital.

Huff allegedly told medical staff after finding the victim at her apartment, she and some friends loaded the victim into the victim’s vehicle and took her to the hospital, according to the documents.

While Huff denied knowing what happened to Montanah, witnesses told police Huff had a handgun and fired the gun at Montanah who was in the back seat.

"Always remember to tell the people that you love you love them, because you never know when it's going to be the last time you do," Scott said.

According to police, Huff and Sullivan knew each other but police could not confirm to extent of their relationship at this time.