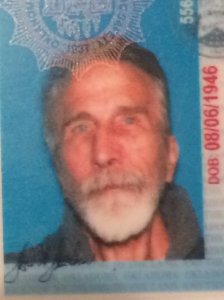 Update: The Silver Alert for 73-year-old Jon Arthur Jerlow has been cancelled. He was found safe.

The Silver Alert was issued for 73-year-old Jon Arthur Jerlow, who went missing at approximately 11 a.m. Thursday morning. Jerlow went for a walk and has not been seen since. Oklahoma Police did not specify which area he went missing from.

Jerlow is described as 6’3″ tall and 165 pounds. He was last seen wearing a black and white checkered shirt, jean jacket and blue jeans.

If you have seen Jerlow or have any information regarding his whereabouts, call Oklahoma City police at (405) 297-1000.

Authorities were called to the neighborhood Monday afternoon after a woman was discovered dead inside a home near the corner of South Shore and Island View Drive.