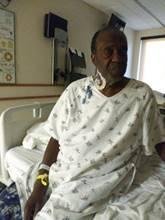 Update: The Silver Alert issued for L.B. Wiley, who went missing in Lawton, has been cancelled. Wiley has been located.

L.B. Wiley, 71, has been missing since 1 a.m. Wednesday, according to the Silver Alert.

Wiley drove off in a maroon 2012 Jeep Grand Cherokee bearing an Oklahoma license plate, plate number FHP943. He was supposed to be going to Stripes Convenience Store at 45th and Lee Boulevard in Lawton, but hasn’t been seen since, the Silver Alert states.

Wiley is described as a black male last seen wearing a gray shirt with “Oklahoma” on its front, orange and white “San Francisco” pants and tan shoes.

NOMRAN, Okla. (KFOR) - Authorities in Norman say one person has been arrested and two others have been identified following a string of home invasions.

On Thursday, officials with the Norman Police Department announced that one person was arrested and two others have been identified thanks to tips from citizens and the Oklahoma City Police Department.

(NBC News) — Tonight on an all-new “Dateline,” a young woman survives a brutal attack and detectives work tirelessly to find a suspect. But when they finally do, the victim is convinced they have the wrong man.

(WHNT) -- More than 256,000 saws sold at Lowe's over the last six years are being recalled by Kobalt because they may continue running after the user either turns the saw off or releases the trigger, the retailer said.

The Kobalt Brand 40-volt lithium ion cordless electric chainsaws, one of two saw types under the recall, were sold from January 2014 through March 2020 for about $200.

Senior citizens injured after teens fire paintballs at them in California