ACWORTH, Ga. – A Georgia special education teacher faces a felony charge of cruelty to children after she allegedly made a boy who had defecated in his pants sit in his own waste. 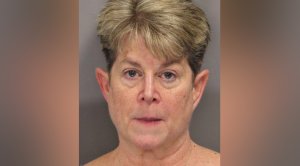 Witnesses told investigators that Lewis wanted to “prove a point” about restroom habits, the paper reports.

“Said child did suffer redness and irritation to his buttocks as well as mental pain as a result of the teacher’s actions,” according to an arrest warrant obtained by the Marietta Daily Journal.

Cobb County sheriff’s deputies arrested the 56-year-old teacher Dec. 4. She posted a $5,720 bond and was released from the Cobb County Jail.

Nan Kiel, press relations coordinator with the Cobb County School District, told the Journal that parents have been notified and Lewis is on administrative leave during the investigation.

Kiel said a note was sent to parents reading in part, “Cobb is committed to ensuring that our students have a safe and supportive environment so they can achieve success.”