WEATHERFORD, Okla. – One of the largest Apollo anniversary events in the nation will be held in Weatherford this weekend at the Stafford Air and Space Museum.

Museum officials say nearly a dozen distinguished astronauts will be at the event, celebrating the 50th anniversary of Apollo 10.

On May 18, 1969, Weatherford native General Tom Stafford, launched off the pad at Cape Canaveral, Florida, on the Apollo 10 mission. The Apollo 10 crew of  Stafford, Gene Cernan, and John Young were the pathfinders.

Museum officials say without the success of the mission, the historic Apollo 11 mission and landing man on the moon would not have been possible.

Stafford is the only remaining Apollo 10 crew member still living. 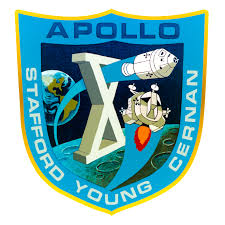 To celebrate the anniversary, the Stafford Air and Space Museum will be hosting the Apollo 10 50th Anniversary Gala on May 18.

Guests at the event include:

The Gala is an invitation-only event for the Legacy Campaign donors that have made significant contributions to the museum’s expansion.

There will also be a public event on Sunday, May 19 at the Weatherford High School Performing Arts Center at 2 p.m. Stafford will be in attendance. Tickets are $20 for adults and $10 for children (12 & under).

You can buy tickets at the door, online at staffordmuseum.org, or at the museum.