OKLAHOMA CITY – After more than five weeks, the case against a former Oklahoma City police officer accused of sex crimes wrapped up.

Daniel Holtzclaw is accused of sexually assaulting 13 women while on duty as an Oklahoma City police officer.

In August 2014, the state charged Holtzclaw with 36 felony counts of rape, sexual battery, indecent exposure and forcible oral sodomy after the 13 women came forward, claiming the officer assaulted them while they were in custody or inside his police car.

As the prosecution finished its case on Wednesday, Dec. 2, the focus turned to DNA testing.

In all, the jury heard 13 accusers’ stories of assault and Wednesday’s testimony surrounded a pair of uniform pants.

Throughout the trial, state prosecutors talked about skin cells found inside and outside Holtzclaw’s pants, around the zipper area.

As detectives spoke with various accusers in their investigation, they explained to the jury they took DNA samples, trying to find a match to those skin cells.

Prosecutors say that match ultimately came from a then 17-year-old girl, who testified she was raped by the former officer outside her mother’s home.

Forensic analysts discussed how there was more DNA found near the zipper as well, but not enough to find a second full match.

According to the analyst, the odds of the accuser’s DNA matching with the skin cells are in the quintillions.

None of the DNA found matched Holtzclaw.

With secondary transfer, Adams discussed how Holtzclaw could come in contact with those skin cells, while he searched the woman’s purse during a traffic stop.

While those cells were still on his hands, Adams pointed out that it’s possible they could have been transferred to his pants.

The state rested its case Wednesday, Dec. 2, just before 3 p.m.

The first and only witness up for the defense was the former girlfriend of Daniel Holtzclaw.

The woman testified that Holtzclaw regularly read her Bible scriptures. She said that in a year of dating, she had never noticed any odd or sexually aggressive behavior.

Early on in the investigation, detectives discussed how Holtzclaw claimed he had tried to have sex with his former girlfriend, hours after he was accused of assaulting a woman.

That accuser was the first to come forward to police in the summer of last year.

The former girlfriend has denied this sexual attempt ever took place, but testified on Wednesday she had taken a sleeping aid hours before, and it’s possible she simply doesn’t remember this sexual encounter.

After calling just one witness, the defense rested its case, despite listing 74 witnesses.

Both sides wrapped up closing arguments Monday afternoon, leaving the verdict in the hands of the jury.

After deliberating until 2:30 a.m. Tuesday, the jury was sent home and instructed to come back at 10:30 a.m.

On Tuesday afternoon, protesters moved to the other side of the building so they wouldn’t interfere with the jurors’ deliberation. 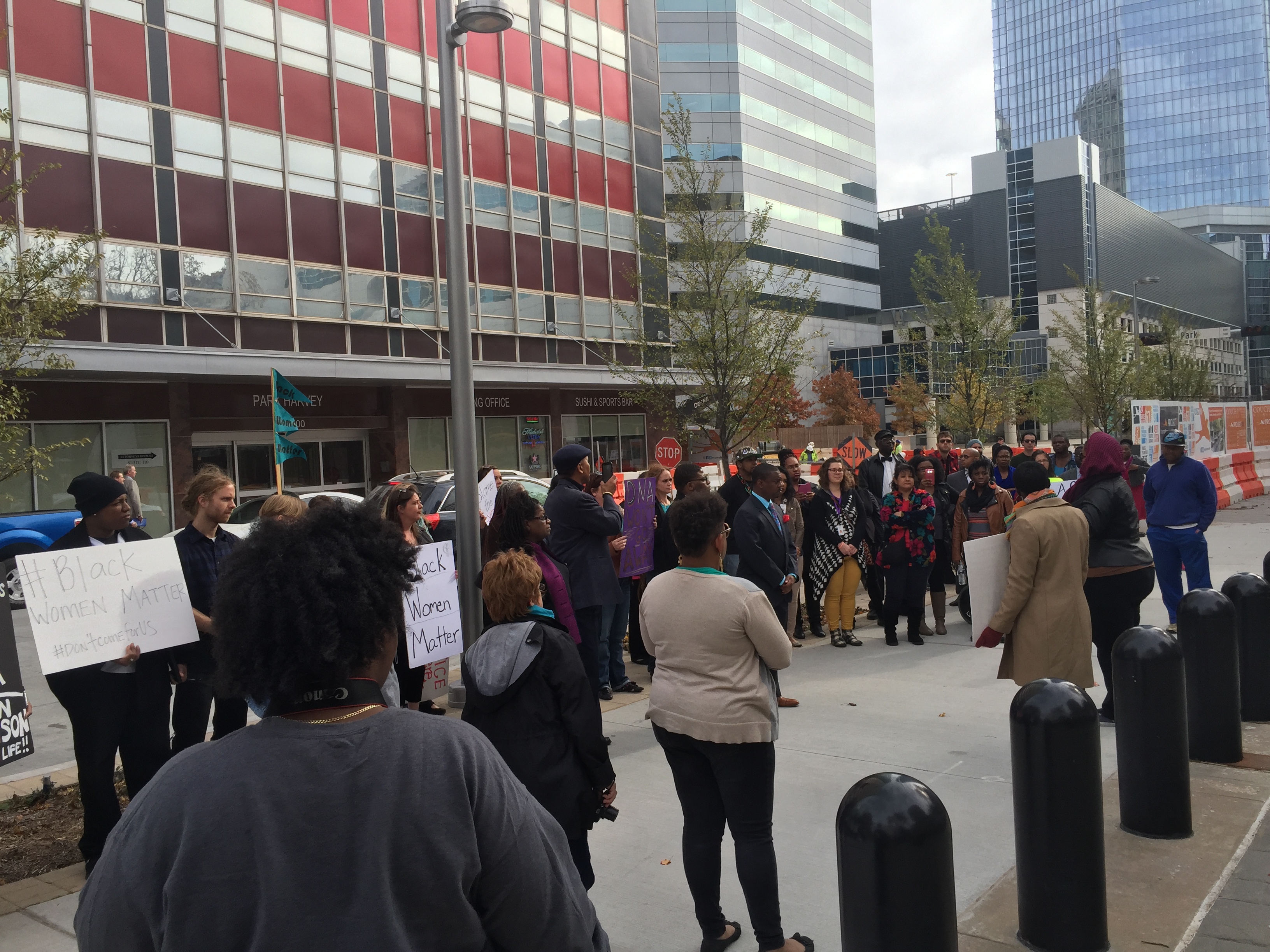 They are expected to announce their verdict Tuesday, Dec. 8.