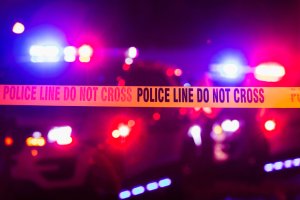 TULSA, Okla. (FOX23) – A police chase in east Tulsa ended with the death of a person who was not involved in the pursuit.

Tulsa police were searching for a possible shooting suspect Friday night when they came upon a stolen truck linked to the investigation.

Police attempted to stop the pickup , but the driver fled, ran a red light and crashed into an innocent motorist near 11th and South 129th streets, according to the Tulsa County Sheriff’s Office.

“They were not involved in this pursuit at all,” said Casey Roebuck with the Sheriff’s Office. “What is most tragic about this is that our suspects are at the hospital, they’re expected to recover, but the bystander they struck died here at the scene.”