URBANA, Ill.- The crowd of demonstrators who rallied behind Yingying Zhang’s family included hundreds of students, professors and concerned strangers.

It also included the man suspected of kidnapping her, officials say.

A photo taken by CNN’s Kaylee Hartung at Thursday’s rally shows Brendt Christensen, the man who would later be identified as the suspect, in the upper right corner, the University of Illinois and campus police said.

University police confirmed the man standing by himself in a dark T-shirt with his left hand on a railing as Christensen, said Robin Kaler, associate chancellor for public affairs at the University of Illinois.

The day after the rally, Christensen was arrested on suspicion of kidnapping. And while many were surprised Christensen would show up to the rally, the suspect had actually been under surveillance for weeks. 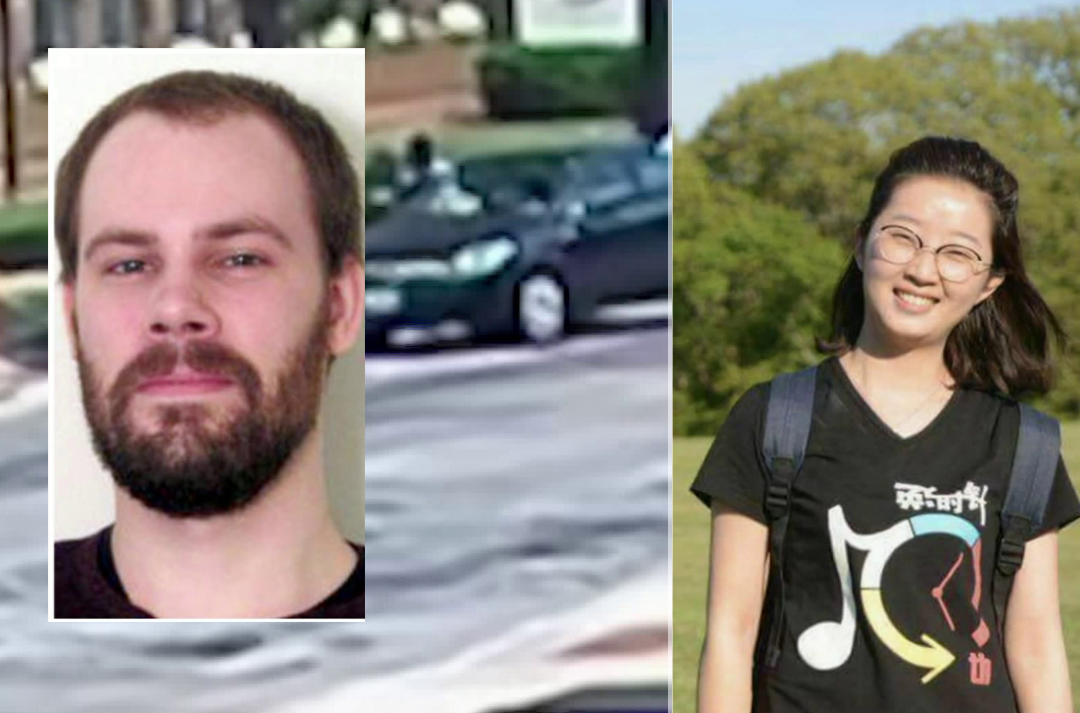 A spate of bizarre circumstances led to Christensen’s arrest. Among those cited by FBI Special Agent Anthony Manganaro in a criminal complaint:

— Christensen’s unusual car, a black Saturn Astra, had a sunroof and a cracked front passenger hubcap, just like the vehicle that picked up Zhang the day she disappeared.

— The suspect changed his story about what he was doing the afternoon of June 9, the day of the disappearance, Manganaro wrote.

Christensen said he was probably sleeping or playing video games “at his residence all day,” the FBI agent wrote. A few days later, Christensen told investigators he was “driving around the UI campus when he observed an Asian female with a backpack standing at a corner appearing distressed,” Manganaro wrote.

Christensen told authorities he dropped the woman off a few blocks away, the complaint said.

— An investigation into Christensen’s phone revealed a visit to the fetish website FetLife where the user visited a forum called “Abduction 101,” Manganaro wrote. Threads on that forum included “Perfect abduction fantasy” and “planning a kidnapping,” the complaint said.

— Investigators sought search warrants and started “continuous surveillance” on Christensen around June 16. On June 29, the day before he was arrested, Christensen “was captured on audio recording … explaining how he kidnapped Y.Z.,” or Yingying Zhang, the FBI agent wrote.

“Christensen stated that he brought Y.Z. back to his apartment, and otherwise held her in his apartment against her will,” Manganaro said.

The agent said Zhang is still missing and presumed dead.

Christensen appeared in a magistrate’s court for an arraignment hearing Monday, but said very little. He did not enter a plea for the kidnapping charge.

Another hearing will take place Wednesday to determine whether the 28-year-old should remain in custody, said Sharon Paul, spokeswoman for the US Attorney’s Office for the Central District of Illinois.

“There’s a long road ahead,” Bruno said. “I encourage everyone to be patient, to keep an open mind and wait until the evidence comes in.”