SHAWNEE, Okla. (KFOR) – A man accused in the brutal assault of an unsuspecting victim outside a bar in Shawnee has pleaded guilty in the case.

Around 2 a.m. on June 22, officers were called to the parking lot outside of the Brickhouse Saloon in Shawnee following a reported assault.

Family members say Jarric Carolina and a friend were having a drink at the bar when they were suddenly attacked by two men.

“After they knocked him out, why continue to beat him?  They just pounded on him like he was nothing,” Jammie Carolina, Jarric’s wife, told News 4.  “It made me angry, you know, of course.”

After the attack, the camera captured one of the suspects yelling, “You’re dead” and a racial slur.

“I honestly thought I was going to lose him,” Jammie said. “I wasn’t sure it was the whole racial slurs thing until later that day at the hospital when the video surfaced.”

According to online court records, Johnson accepted a deal in the case, pleading guilty to aggravated assault and battery and malicious intimidation or harassment. 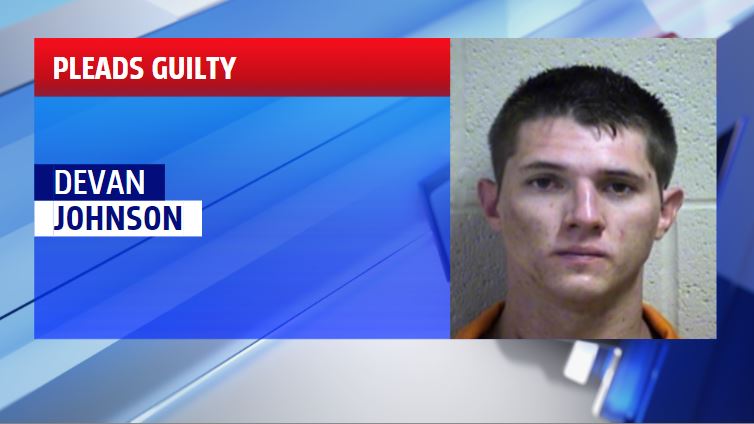 He was sentenced to five years in prison.

The other suspect in the case, Brandon Killian, has not been tried in the case yet.