OKLAHOMA CITY – Authorities say one person is in custody following a high-speed chase in Oklahoma County.

Shortly after 11 a.m. on Tuesday, Oklahoma City police attempted to stop a black vehicle along I-35 that they believed might be connected to a burglary.

The driver refused to stop, which started a chase. The officers terminated the chase when they lost sight of the vehicle, but attempted to catch up. 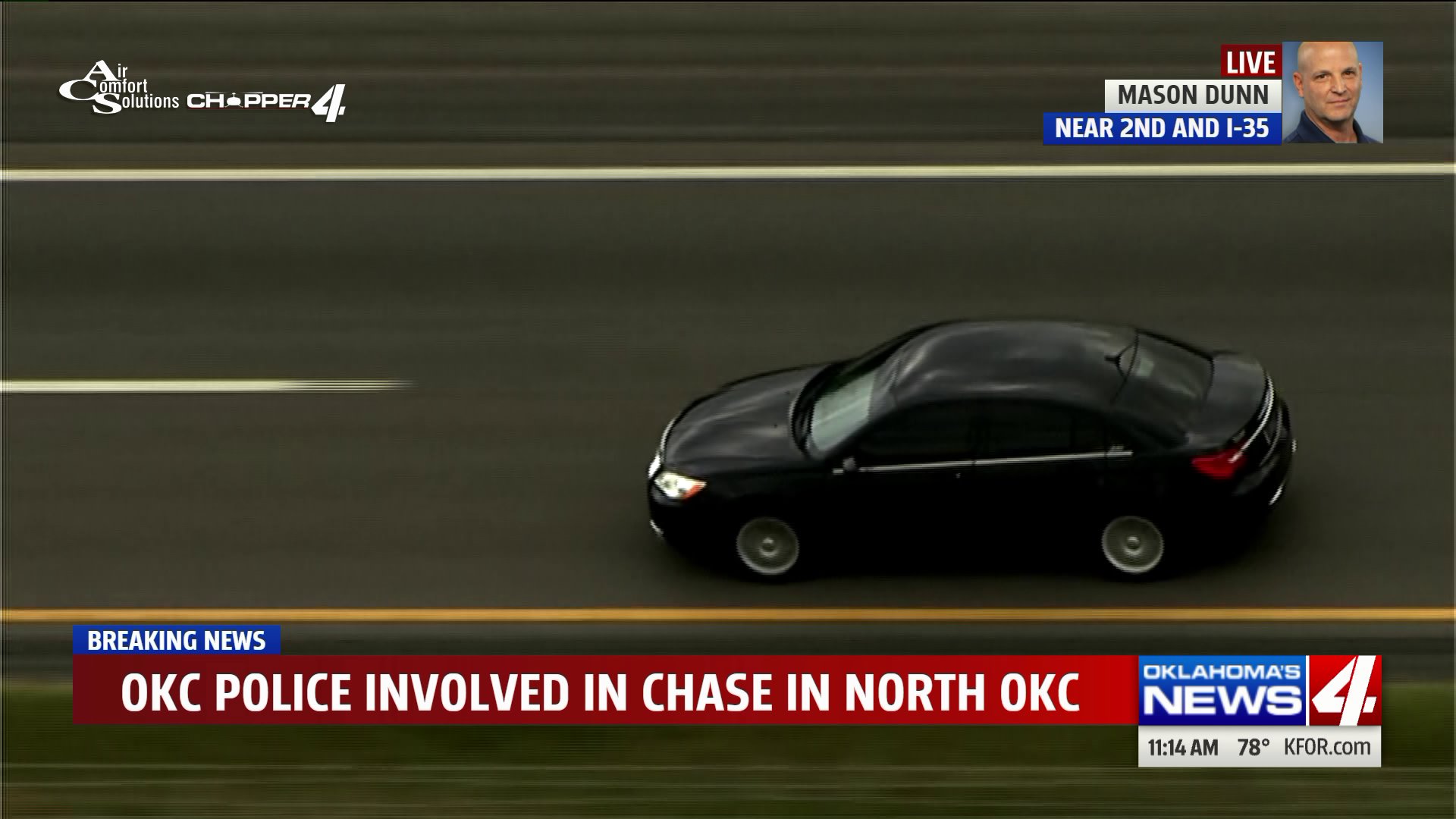 Air Comfort Solutions Chopper 4 was over the scene and captured the vehicle weaving in and out of traffic at a high rate of speed.

At one point, the driver started driving on the shoulder of I-35 near Waterloo Rd.

Officials say the vehicle was spotted going 100 miles per hour at some parts of the chase.

When the alleged suspect attempted to exit the highway, the vehicle lost control and jumped the median. It ended up hitting a speed limit sign and coming to rest on the curb. 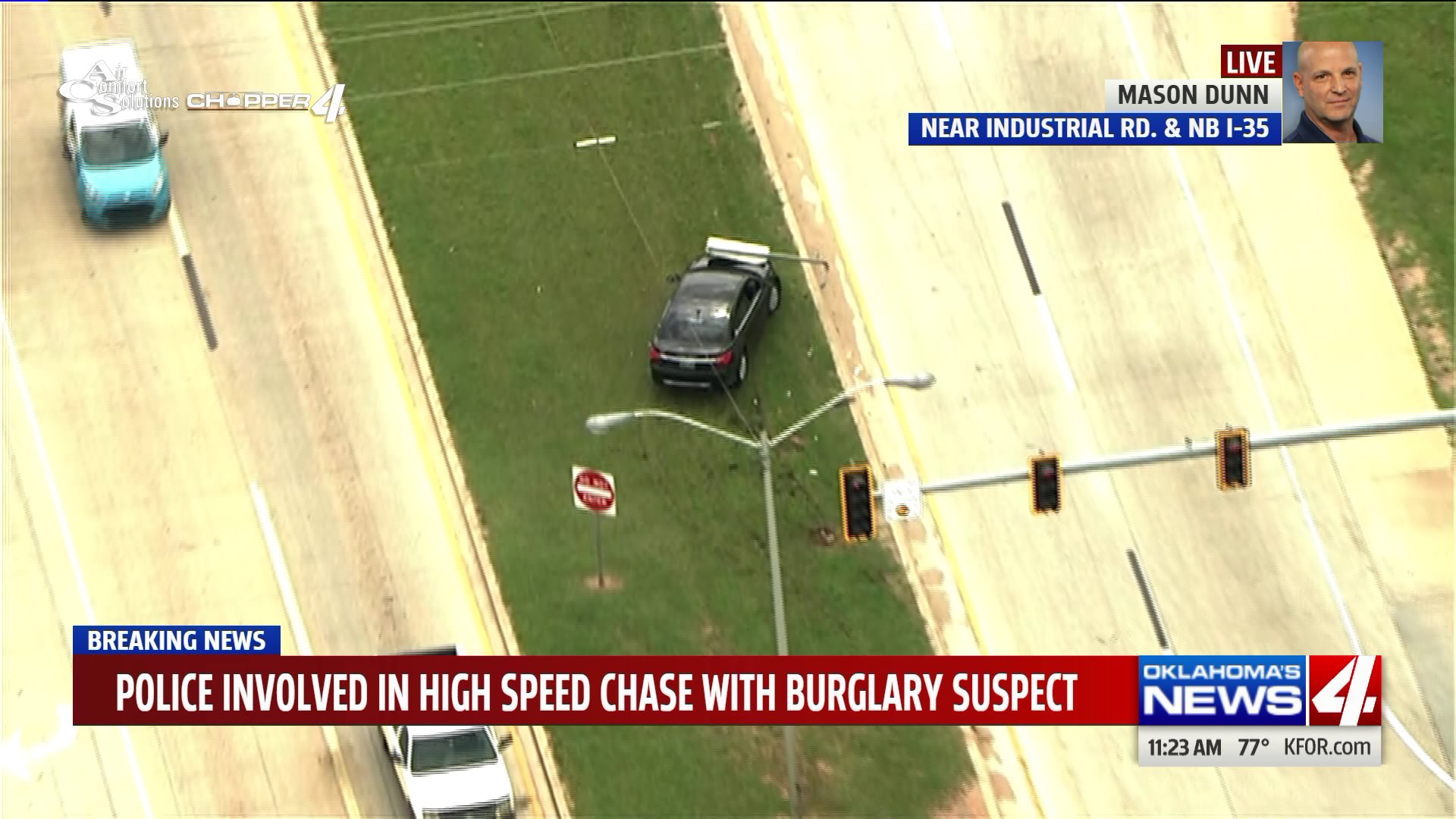 After that, the suspect got out of the vehicle and appeared to be attempting to run. However, the driver got back in the vehicle as multiple law enforcement officers arrived on the scene.

A second time, the suspect got out of the vehicle with his hands up before he got back into the driver’s seat. 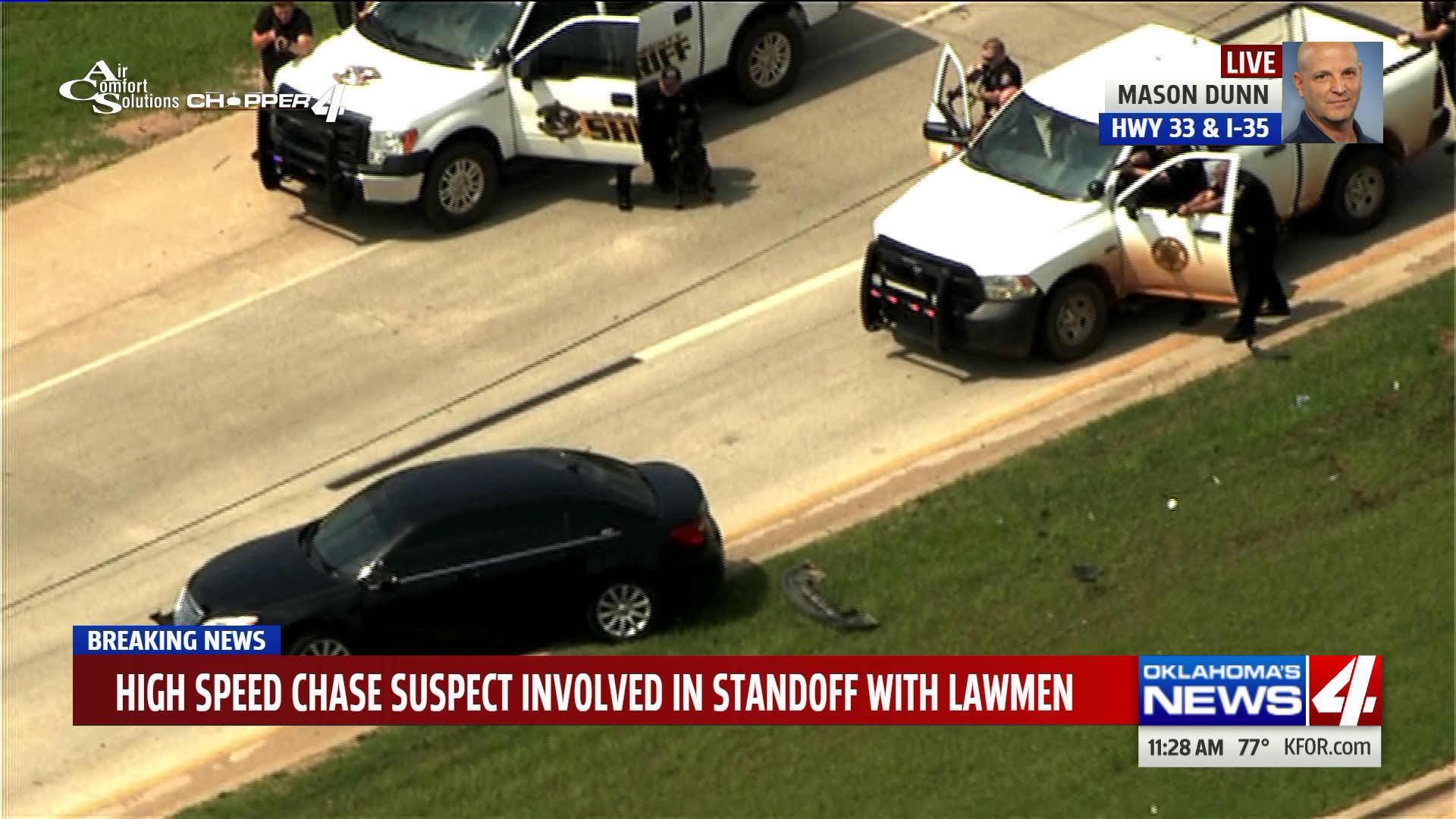 A short time later, the suspect surrendered and was taken into custody. 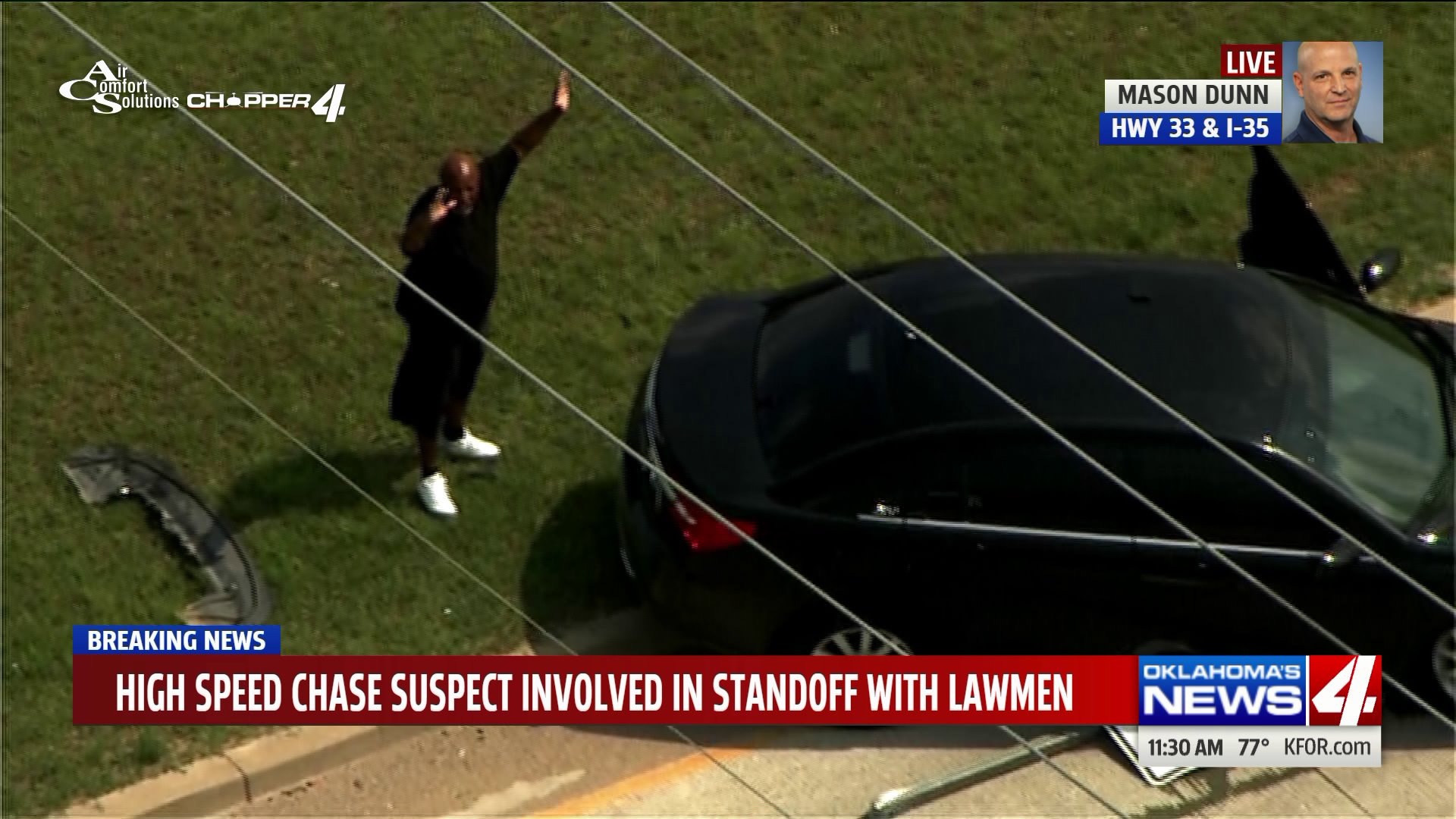