SPACE (CNN) — Just 11 light years from earth is the GJ 15 A star system with two planets orbiting a red-dwarf star. This makes it the closest solar system to Earth that contains multiple planets. 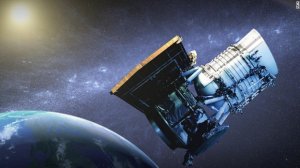 The Alpha Centauri system is only 4.3 light years away but only contains one exoplanet, called Proxima B.

The planets in GJ 15 A, dubbed GJ 15 A b and c, were entered into NASA’s Exoplanet Archive on October 10. The planets were previously included in a 2018 research paper by Matteo Pinamonti and his colleagues, who used the Italian Telescopio Nazionale Galileo. Planet b was originally found in 2014 by Andrew Howard at the University of Hawaii.

The star is much smaller and cooler compared to our own sun.

Both of the exoplanets, or planets found outside of our solar system, are full of extremes. Planet b, which is the closest to its host star, completes on quick orbit of the star every 11 Earth days. It’s known as a Super-Earth because the planet is three times the mass of our planet.

But this Super-Earth is also extremely hot, with an average temperature of 530 degrees Fahrenheit on the surface.

On the opposite side of the spectrum, planet c is a gas giant about 36 times the mass of Earth. It has a long orbit around the star, completing one pass every 20 Earth years. Astronomers compare it to Saturn in our solar system, and it’s likely very cold.

Given the elongated orbit of the second planet, astronomers believe it’s possible that it was influenced by the star’s distant twin, GJ 15 B.

Pinamonti and his colleagues found the planets using the radial velocity method of planet detection.

The radial velocity method is based on gravity and the Doppler effect, in which light increases or decreases in frequency as a source and observed objects move toward or away from each other. Stars don’t remain completely still when they are orbited by planets; they move in small circles as a response to the pull of gravity from the planets.

These movements change the light wavelength of the star, going between red and blue depending on the location of the planet. Tracing the shifts can help astronomers find planets.

For planet b, this is a reintroduction to the exoplanet archive. After it was first discovered in 2014, other astronomers were unable to detect it and the planet was removed. The 2018 paper’s findings allowed for it to be reinstated.

This brings the total number of confirmed exoplanets to 4,073.

OKLAHOMA CITY (KFOR) – Oklahoma City firefighters led a team effort when they helped rescue a Belgian Draft horse who fell Friday evening while he was being taken to downtown Oklahoma City to pull carriages.

The horse, who pulls carriages in the Bricktown area, fell in a trailer while being transported, according to an Oklahoma City Fire Department news release.

ROCHESTER, N.Y. (NewsNation Now) — Two people were killed and 14 others were injured in a shooting at a backyard party in Rochester, New York, early Saturday, according to police.

The Rochester Police Department said that the shooting occurred near Pennsylvania Avenue in the early hours of Saturday morning, NewsNation affiliate WROC reported.

This corrects a previous version of this story that identified the Centers for Disease Control and Prevention as the source of the guidelines and map noted in this article.

CHICAGO (NEXSTAR) — What will Halloween look like this year? One thing’s for sure. It will no doubt be different than years past.