OKLAHOMA CITY – Authorities broke up a counterfeit ticket ring after Thunder fans complained that they were sold fake tickets through Craigslist.

When he showed up with the bogus tickets, authorities say he was arrested and later identified by the victims.

The officers then traced James back to a motel where he’d been staying and tracked down two men.

Investigators say Wajeeh Baker and Derrick Anderson had been staying at the motel with James and were on their way to the airport when police caught up with them. 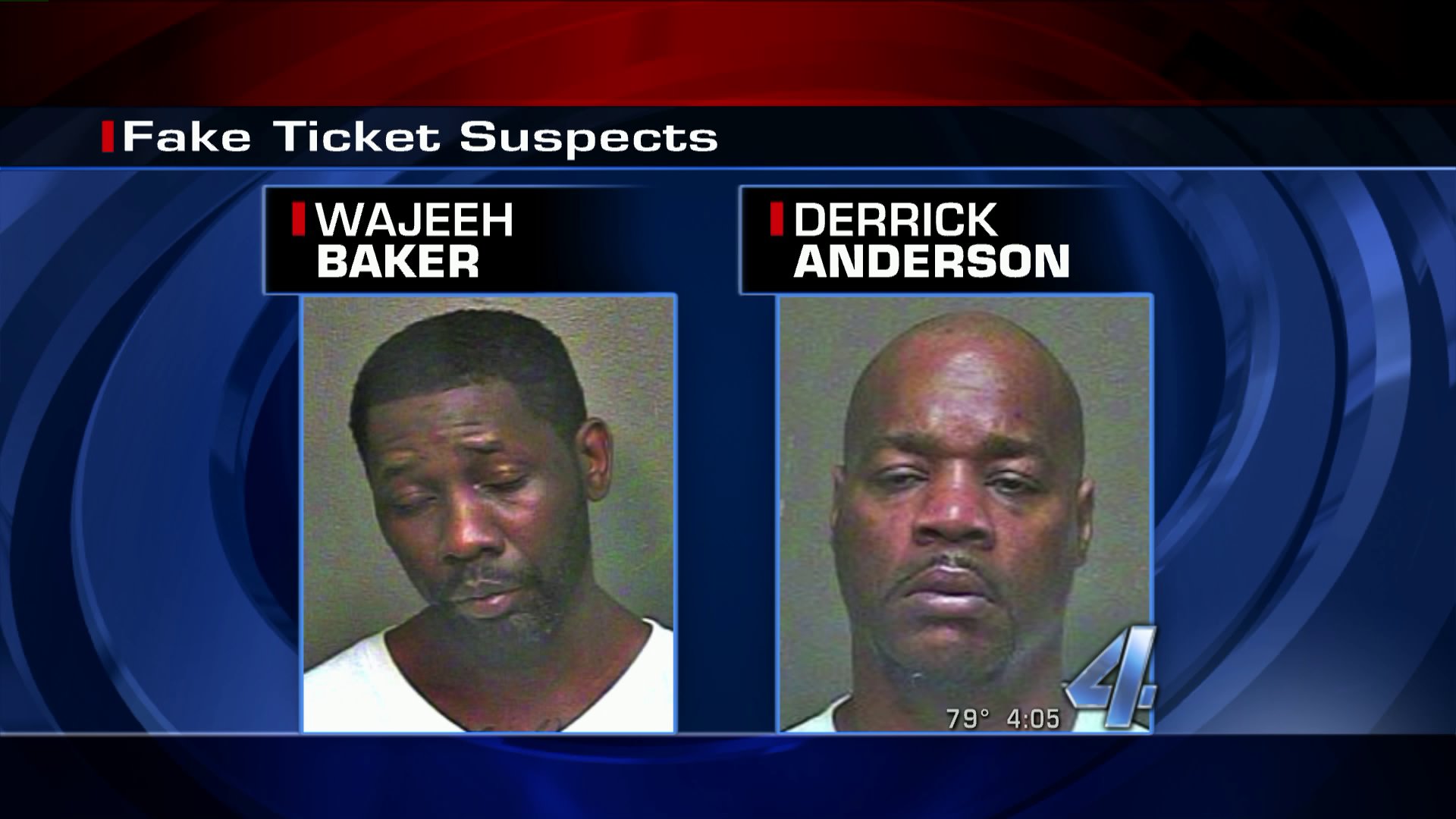 Authorities say the men had almost 30 counterfeit tickets on them and a lot of cash.

Police say the investigation is ongoing and more charges are expected.