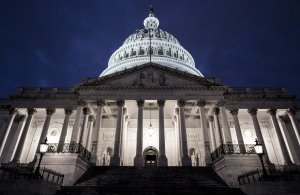 WASHINGTON (KFOR) – The House Judiciary Committee’s deliberation on articles of impeachment against President Donald J. Trump is scheduled to conclude Friday, Dec. 13 with an up or down vote.

The deliberation was expected to end Thursday, but the vote has been postponed until 10 a.m. ET Friday.

Thursday’s deliberations began at 9 a.m. ET and recessed for the day just after 11 p.m. ET.

The Congressional leaders deliberated over two articles that were introduced against the president on Tuesday for abuse of power and obstruction of Congress.

House Democrats announced the articles after weeks of public hearings featuring testimony from key witnesses, law scholars and attorneys for each party.

It is alleged that Trump and his lawyer Rudy Giuliani explicitly sought a “quid pro quo” with Ukraine. Trump is accused of attempting to coax the Ukrainian government to investigate political rival and Democratic presidential candidate Joe Biden and Biden’s son, Hunter Biden.

Congressional leaders clashed over the quid pro quo question during the deliberation, with Democrats saying it’s clear that Trump presented a quid pro quo to Ukrainian President Volodymyr Zelensky, and Republicans saying no quid pro quo was offered by Trump.

Rep. Jim Jordan, R-Ohio, introduced a fifth amendment to the articles of impeachment, Thursday, that would strike any language that Trump should be removed from office.

The Judiciary Committee voted down four other amendments proposed on Thursday.