WASHINGTON (CNN) — A source close to the White House who speaks to Donald Trump regularly said the President has appeared “distracted” by the impeachment trial that begins on Tuesday, telling people around him Friday night at Mar-a-Lago that he “can’t understand why he is impeached.” 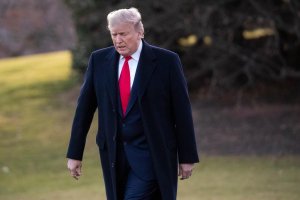 “Why are they doing this to me,” the source quoted Trump as saying repeatedly.

Trump has been telling associates and allies around him that he wanted a “high profile” legal team that can perform on television, the source said. It’s simply who Trump is, the source continued, adding Trump loves having people who are on television working for him.

This in part may explain why Kenneth Starr and Alan Dershowitz were added to the legal team representing the President.

Starr, the hard-charging prosecutor whose work led to President Bill Clinton’s impeachment, and Dershowitz, the constitutional lawyer, will join Robert Ray, Starr’s successor at the Office of Independent Counsel during the Clinton administration, on the defense team, White House press secretary Stephanie Grisham said in a statement.

The President was especially fixated on having controversial defense attorney Dershowitz on the legal team. But Dershowitz, the source said, has been telling his own associates he didn’t want to participate in the President’s trial, the source who is familiar with these conversations said. White House officials have applied a lot of pressure over the last several weeks to convince Dershowitz to join the team, the source added.

The three seasoned lawyers are expected to join a legal team headed by White House counsel Pat Cipollone and outside attorney Jay Sekulow, who are still expected to deliver statements on the President’s behalf on the Senate floor.

Authorities were called to the neighborhood Monday afternoon after a woman was discovered dead inside a home near the corner of South Shore and Island View Drive.