POTTAWATOMIE COUNTY, Okla. (KFOR) – Two people have been taken into custody after leading police and deputies on a wild chase in Pottawatomie County.

Officials say it all started when a McLoud police officer attempted to pull over a vehicle that was missing a license plate near Hardesty Rd. and Hwy 102.

However, the driver refused to stop and led the officer on a chase with speeds reaching over 100 miles per hour.

Investigators say during the chase, one of the suspects tossed a shotgun out of the window, which was ultimately recovered by deputies.

Authorities say the chase came to an end near the Shawnee reservoir and the suspects, Shawn McClintock and Kaleena Thrasher, took off on foot.

They were arrested a short time later. 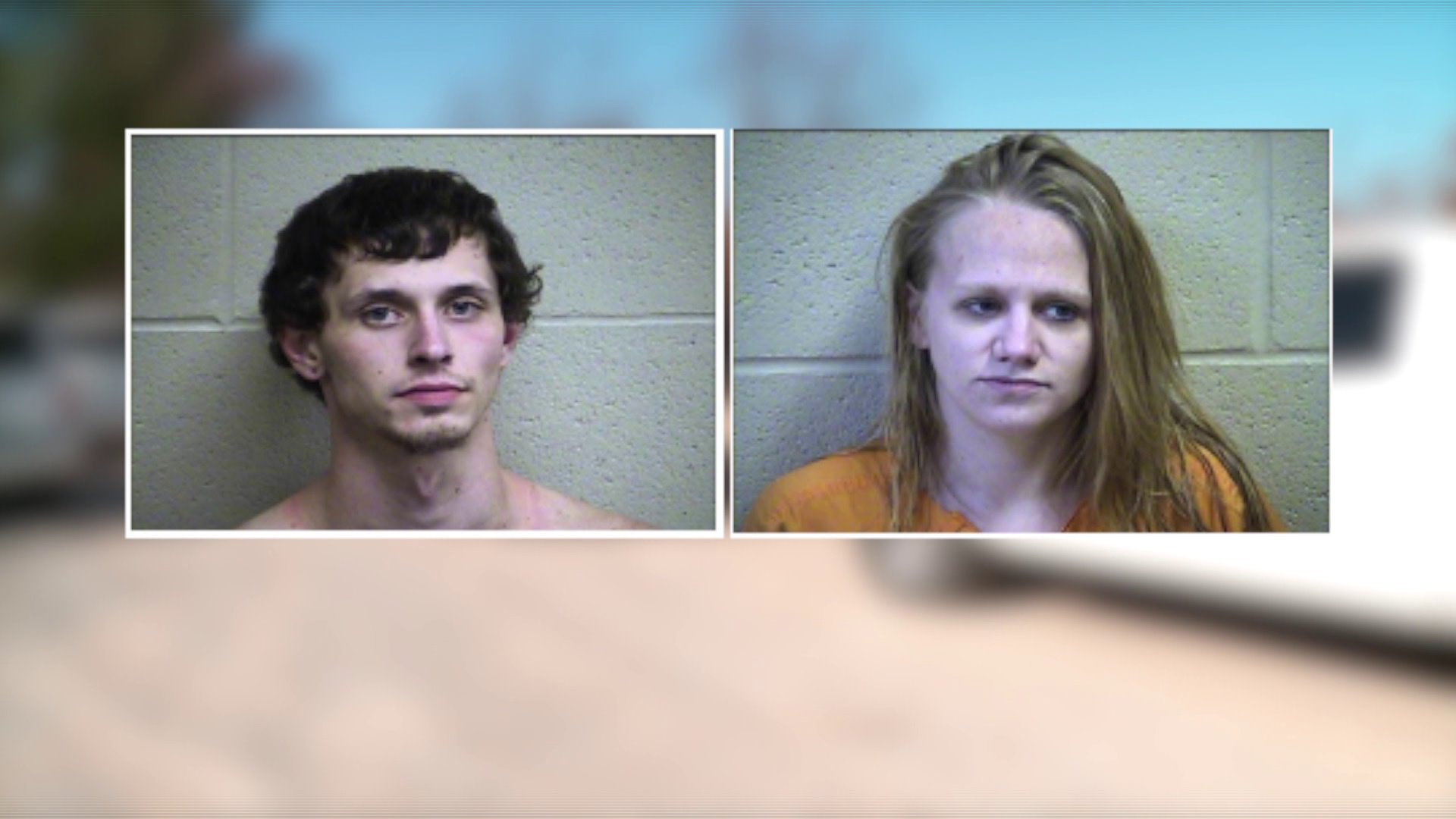 Now, investigators are trying to connect those two to a string of recent burglaries.

“We’ve got a lot of gear inside the vehicle, trying to connect to recent burglaries, so we’re in the process of checking that right now,” said Pottawatomie County Sheriff Mike Booth.

Officials say Thrasher was wanted in Oklahoma County for a stolen vehicle charge.