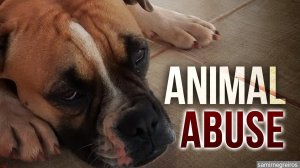 The PACT Act, led by U.S. Reps. Ted Deutch (D-FL) and Vern Buchanan (R-FL), would prohibit extreme acts of cruelty when they occur in interstate commerce or on federal property and cracks down on sexual abuse of animals.

“Today’s vote is a significant milestone in the bipartisan quest to end animal abuse and protect our pets,” Deutch said. “This bill sends a clear message that our society does not accept cruelty against animals. We’ve received support from so many Americans from across the country and across the political spectrum. Animal rights activists have stood up for living things that do not have a voice. Law enforcement officers have sought a federal overlay to help them stop animal abusers who are likely to commit acts of violence against people. And animal lovers everywhere know this is simply the right thing to do. I’m deeply thankful for all of the advocates who helped us pass this bill, and I look forward to the Senate’s swift passage and the President’s signature.”

While current federal law bans the sale of videos showing illegal acts of cruelty, it does not prohibit the underlying conduct.

“A society should be judged by how it treats its most vulnerable,” said Drew Edmondson, former Oklahoma Attorney General and co-chair of the Animal Wellness Law Enforcement Council. “Prevention of animal cruelty and torture will help define us as a society and it is altogether fitting that Congress make this a national priority. The PACT Act complements state and territorial anti-cruelty laws, just as the federal government’s ban on staged animal fighting fortifies state-based anti-dogfighting and anti-cockfighting laws.”

The Senate companion bill previously passed the Senate by unanimous consent in the 114th and 115th Congress, but was blocked in the House by former House Judiciary Chairman Bob Goodlatte (R-VA).

“The torture of innocent animals is abhorrent and should be punished to the fullest extent of the law,” said U.S. Rep. Vern Buchanan. “Passing the PACT Act sends a strong message that this behavior will not be tolerated. Protecting animals from cruelty is a top priority for me and I will continue to work with Congressman Deutch to get this important bill signed into law.”

The current chairman of the Judiciary Committee, Rep. Jerold Nadler (D-NY), is a co-sponsor of the legislation, so supporters are hopeful for a successful enactment.