The U.K. government announced a new tax on sugary drinks Wednesday, in an attempt to tackle childhood obesity.

Drinks with total sugar content above 5 grams per 100 milliliters will be affected by the levy, with a higher rate for drinks with more than 8 grams.

The top rate will affect some of the world’s most popular sodas, including Coca-Cola, Dr Pepper, Pepsi Cola, Mountain Dew, 7-UP and others. 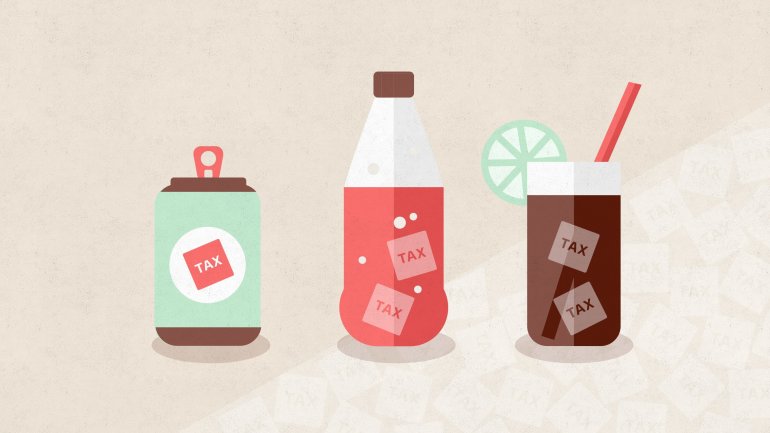 The government is hoping the tax will help cut down childhood obesity rates in the U.K., which are among the highest in developed world.

One in five English children is obese by the time they leave primary school, the government said.

Research quoted by the government suggest that sugar plays a major role in childhood obesity, with sugary drinks being the single biggest source of dietary sugar for children and teenagers.

Celebrity chef Jamie Oliver called the step “a profound move that will ripple around the world.”

He has been among those lobbying for the sugar tax for several years.

The news resonates in the U.S.

Former New York City mayor Michael Bloomber said the announcement “puts the U.K. at the forefront of the global fight to reduce obesity and diabetes.”

The new tax is already hitting the soft drinks industry.

Shares in some of the biggest beverage makers dropped after the announcement.

Britvic, the U.K. distributor of Pepsi and 7UP declined 2 percent in London.

Drink companies are complaining the sugar tax is unfair.

“We are extremely disappointed by the government’s decision to hit the only category in the food and drink sector which has consistently reduced sugar intake in recent years,” said Gavin Partington, the director of British Soft Drink Association.

Osborne said some producers may “choose to pass the cost on to consumers.”

The new tax, which was announced as part of the U.K. budget, will not apply to milk-based drinks and fruit juices.

The government expects the new tax to bring in £520 million ($732 million) in the first year.

To take the fight against kids obesity further, the money will be used to fund more sports in schools, the government announced.

The tax will come into effect in April 2018.

The delay is to allow the industry time to adjust and change their formulas to reduce the amount of sugar in their drinks, the chancellor said.

Will the Trump trade deal help the U.S. recover from pandemic’s economic impact?

Trump threatens to veto defense bill over Confederate base names

“We can’t sustain another spike on top of this one,” OKC Mayor Holt issues new mandates for city’s COVID-19 response

Stimulus check round 2: Jobs report on Thursday could be key