Shortly before 12:30 p.m. on Monday, authorities say three teenagers dressed in black and wearing masks and gloves broke in to a Broken Arrow home through a back door.

However, they did not know that a young man was home at the time.

Officials say the homeowner’s 23-year-old son killed all three teens with an AR-15 before barricading himself inside his bedroom.

During the call, he told dispatchers that he shot two of the intruders before running to his bedroom and locking the door.

“I shot two of them and now I’m barricaded in my bedroom,” he told dispatchers.

At the time, he thought he had only shot two intruders, saying the third ran outside. Deputies later found that man’s body in the driveway of the house.

Authorities say one of the alleged suspects was found to have a knife, while another was carrying brass knuckles. 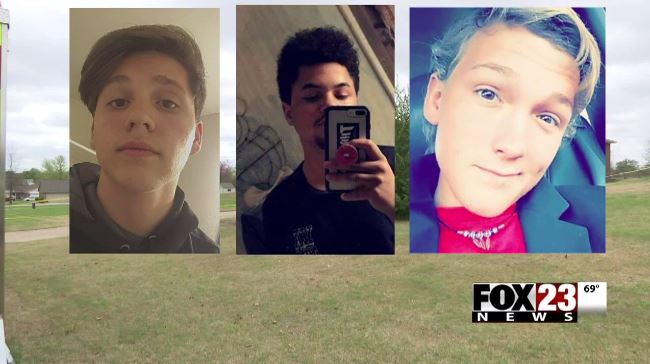 Rodriguez was the alleged getaway driver, but investigators say she left the house after hearing gunshots.

“We all knew going in what could happen. We always said if there’s guns, every man for themselves,” she said.

Rodriguez says they had burglarized other homes in the past.

She told FOX 23 that if there hadn’t been another girl in the car at the time of Monday’s break-in, she would have gone in with them.

Rodriguez says she hopes the district attorney does not officially charge her with murder.

If someone dies in the commission of a felony, Oklahoma law allows all suspects to be charged with murder, even if they did not actually kill anyone.