PASADENA, Calif. – Two very different teams with different styles of play will clash in the ‘Granddaddy of Them All’ on New Year’s Day.

The Oklahoma Sooners will take on the No. 3 Georgia Bulldogs for a chance to win a national championship.

While it is a close call, oddsmakers are betting that the Bulldogs will pull off the win, according to Forbes.

Players say it is the same thing that they have heard for years.

“People always want to hate on the Big 12. They say that we don’t play defense. But what they don’t realize is we have the best offenses in the country. That shows in the bowl games. We’ve started out well. TCU played well, Oklahoma State. I mean, it’s just showed. It’s good for the conference,” said OU quarterback Baker Mayfield.

“I honestly think that it motivates us and it shows that we can do it. Big 12 isn’t some little brother. We’re right up there with everybody else,” said OU running back Rodney Anderson.

OU defensive end D.J. Ward says he has heard analysts talk about the power of SEC defenses, and how SEC teams are believed to be more physical than teams in other conferences.

“I guess it’s just what the narrative is and that’s why we’re going to go out here and try to change it and make it a different story. I heard the whole Big 12, SEC thing before, and our record against the SEC is pretty good. Just in general, not even about us, just the whole conference, whole SEC and Big 12, trying to prove the Big 12 can play physical football,” said D.J. Ward.

“I would say a lot of people always say that our league isn’t as great, maybe because of teams, maybe because they feel like we’re not physical enough. That’s always been the talk, so it’s one of those things, whereas as a player in the Big 12 we just have to do everything better and we have to do everything above expectations than other leagues I feel like,” said OU defensive back Steven Parker. 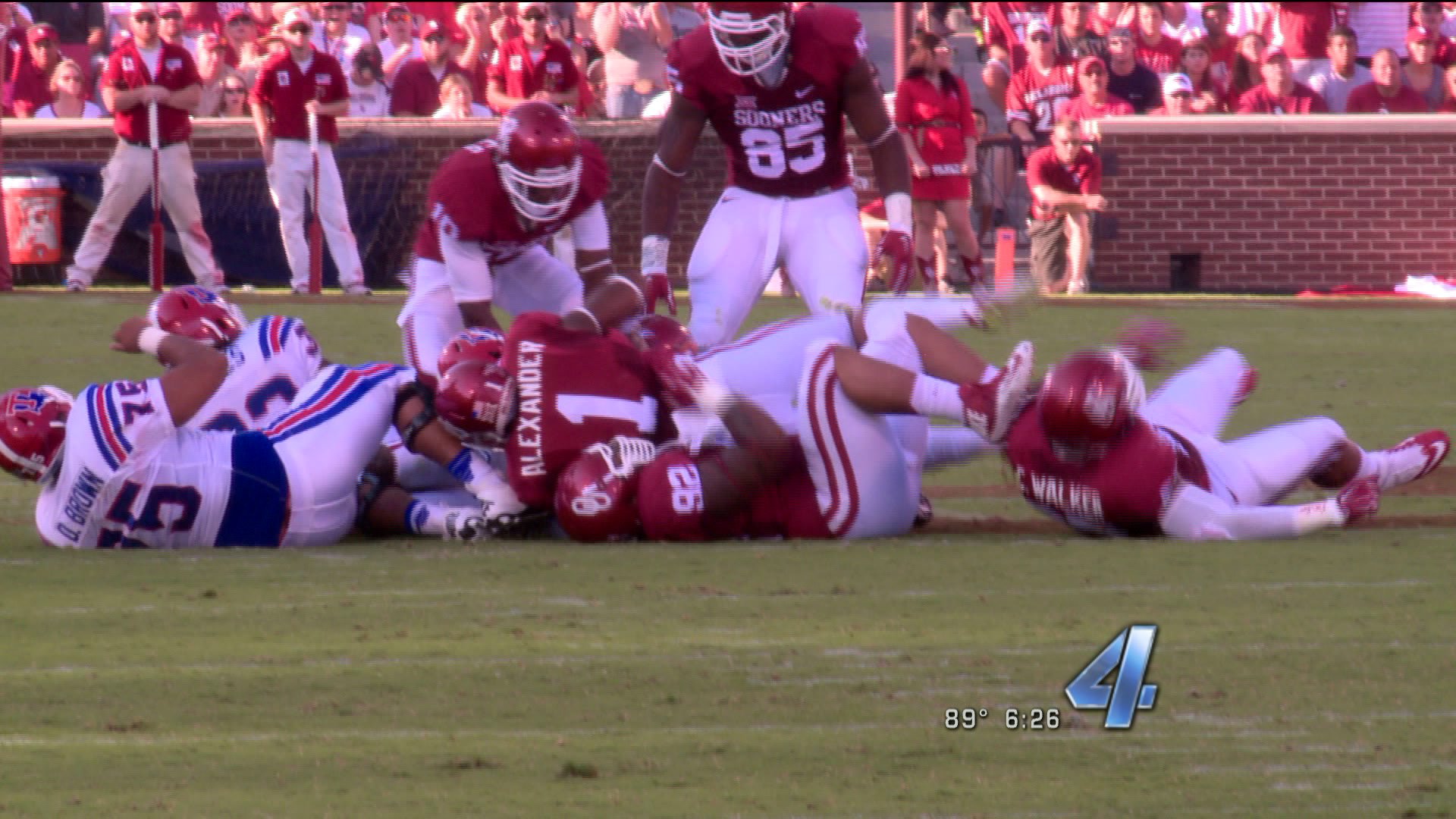 However, some believe the narrative may be changing. This season, the SEC has come under fire with some questioning whether or not the conference is happy with Alabama consistently being the best team in the league.

“I just feel like people like to hype it up. They want us to say something that’s going to like become a headline, but it’s not that big of a deal to us. We’re just playing a team that we get scheduled to play. And when it’s the SEC, we’ve been 4-0 in the past four years, so those are just facts,” said Ogbonnia Okornkwo.

OU coaches say they aren’t focused on the hype. Instead, they are simply focused on preparing their team to take on Georgia.

“I don’t worry about that. I worry about Oklahoma. We’ve played a lot of different styles. You know, I’m not going to talk like my brother, Bob, you know what I mean. I don’t want to get everyone riled up again. We feel like at Oklahoma, we’re built like any other Southeastern Conference team, size, speed, athleticism. We feel like, you know, that’s how we play,” said OU defensive coordinator Mike Stoops.

Baker Mayfield says despite what others may think, the Sooners are ready to play for a title.