DEL CITY, Okla. – An Oklahoma woman has been taken into custody after she allegedly started an apartment fire for revenge.

On Jan. 30, fire crews were called to an apartment fire near S.E. 44th and Bryant. When firefighters arrived at the scene, they saw heavy flames and thick smoke coming out of the first and second floors of the building.

One woman had to climb out of a window to escape the blaze.

“She cut her hand. Supposedly, she knocked out a rear window and climbed out the window to get out,” said Batt. Chief Shane Williams, with the Oklahoma City Fire Department.

Authorities allege that Talley ignited some items on a downstairs patio in an attempt to target her boyfriend, who she thought was inside the apartment with other females.

“The actions of Jacquelyn Talley endangered seven innocent lives of the people living in this apartment, not to mention destroying all their possessions. I would like to commend the hard work of our fire investigators here at DCFD for their thorough investigation and removing this arsonist from our community. We are very fortunate that we did not have any serious injuries or loss of lives from this intentionally set fire,” said Chief Brandon Pursell, with the Del City Fire Department. 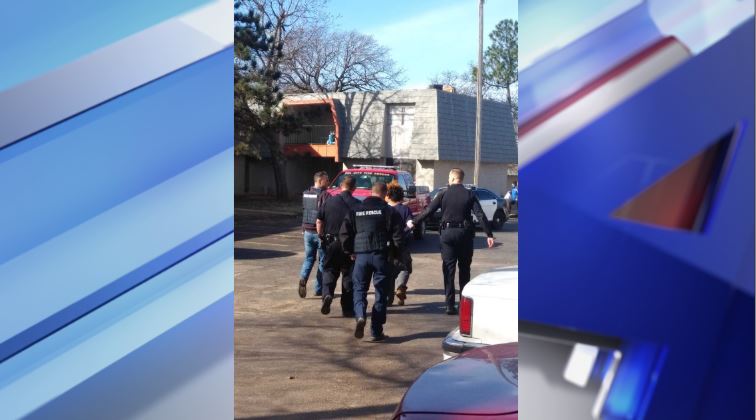 Officials say the fire caused about $215,000 worth of damage.

Haven and Koti's video has received over 1.7 million views on TikTok in 22 hours!

DEL CITY, Okla. (KFOR) - A local man is safe this evening after his kitchen went up in flames while cooking dinner.

Thankfully, his neighbors jumped into action as soon as they smelled the smoke.

DEL CITY, Okla. (KFOR) - Del City Police are investigating an assault at a gas station after a customer became upset the car next to him was parked too close.

“Um, there was a fight in my parking lot,” the caller said. “There were two customers.”

‘We are blowing up the precedent’: Dems argue against vote to confirm Trump’s Supreme Court nominee