OKLAHOMA CITY – A woman is in custody after a high-speed chase in northwest Oklahoma City.

Officials say it started near NW 23rd and Classen at around 3:20 a.m. Thursday when officers pulled a vehicle over.

However, at one point, the car backed up, allegedly ramming a trooper’s car. 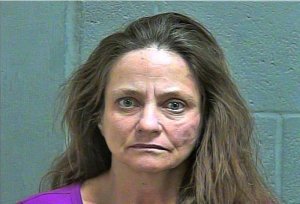 Authorities were able to perform a tactical maneuver to stop her and she was taken into custody.

Officials are still investigating and have not released any other details.

Lawmaker on Trump deeming churches essential: ‘It’s not safe to be in groups of that size’

Harbor Freight recalling 1.7 million jack stands that could collapse during use