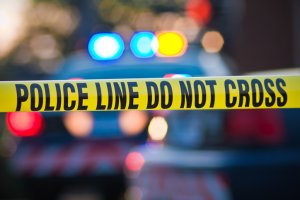 Eva Nowicki, 45, was pronounced dead at the scene of the crash on State Highway 9, just outside of Wetumka, according to an Oklahoma Highway Patrol news release.

Nowicki was a passenger in a 1987 Chevy pickup that was heading west on the highway. The driver lost control of the pickup, went off the road and crashed into a tree at approximately 3:33 p.m., the news release states.

The crash ejected the driver, sending him two feet beyond the point where the pickup came to rest. Nowicki was pinned in the vehicle for approximately 20 minutes. Wetumka firefighters extricated her body from the vehicle, according to the news release.

The driver suffered internal injuries, but he refused to be taken to the hospital.

Neither Nowicki nor the driver were wearing a seatbelt, the news release states.

43-year-old’s dying words: ‘I never thought that I would be considered nonessential’

OKLAHOMA CITY (KFOR) – Landowners across much of the state can help protect Northern bobwhites and monarch butterflies by participating in a federal farm program.

Oklahoma landowners can sign up for the USDA's Farm Service Agency Conservation Reserve Program (CRP), but must do so by Feb. 12, according to an Oklahoma Department of Wildlife Conservation news release.

WASHINGTON (NEXSTAR) -- Democratic lawmakers are currently working on a plan that could expand the child tax credit to send recurring monthly payments to adults with children, according to The Washington Post.

The payments would be included in President Biden's $1.9 trillion relief package.

After serving 20 years in prison, Levy will serve a period of three years of release and report to the probation officer to the district to which he's released. Mandatory drug testing and no firearm possession are two of several stipulations, as was part of the plea agreement.

43-year-old’s dying words: ‘I never thought that I would be considered nonessential’

Respect for lower-wage health workers is up, but their pay isn’t