OKLAHOMA CITY (KFOR) – Oklahoma City police are searching for a woman who is accused of pretending to be a security officer to rip off a store customer. 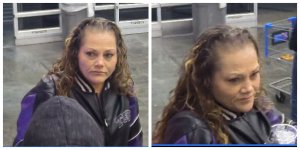 “This suspect approached a woman and her grandson in the parking lot of a business near Reno/MacArthur, identified herself as a security officer and told the victims she believed they had stolen merchandise from the business,” the Police Department’s Facebook post said.

The suspect told the woman and her grandson that she needed to search them to try and find the stolen items.

“During this search, the suspect took cash and a cell phone from one of the victims, then took off running through the parking lot,” the post said.