WEWOKA, Okla. – A woman has been taken into custody following a violent home invasion in Konawa.

According to the Oklahoma State Bureau of Investigation, the victim heard knocking at his front door just after midnight on Sept. 8. The 51-year-old told officials he was not expecting anyone to visit when three individuals forced their way into his home.

The three people allegedly assaulted the man and took off with several of his belongings.

Now, investigators say one woman has been taken into custody. 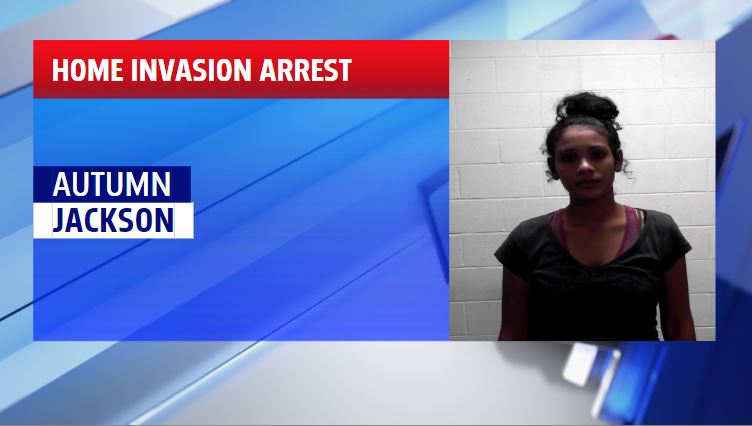 The Oklahoma State Bureau of Investigation says it is still looking for 23-year-old Dustin Wood and another woman in connection to the home invasion.

Dog and goat serving as mayor raise money for a playground

OKLAHOMA CITY (KFOR) - The superintendent of Millwood Public Schools made the decision to pull their team from a basketball game against Community Christian School on Friday due to COVID-19 concerns.  Superintendent Cecilia Robinson-Woods says people from the Community Christian School side started sitting near families on the Millwood side without masks. She went to the principal of the other school with her concerns.  "[I said] 'I’m worried because my…

OKLAHOMA CITY (KFOR) - A local pediatrician weighs in on Gov. Kevin Stitt's change in quarantine guidelines in schools.  Dr. Paul Darden, professor of pediatrics at OU Health Sciences Center and vice president of the Oklahoma chapter of the American Academy of Pediatrics, says he thinks the change was "abrupt" and that schools should continue quarantining those who have been exposed.  "My recommendation would be to continue to follow the…

WASHINGTON (AP) — U.S. defense officials say they are worried about an insider attack or other threat from service members involved in securing President-elect Joe Biden’s inauguration, prompting the FBI to vet all of the 25,000 National Guard troops coming into Washington for the event.

The massive undertaking reflects the extraordinary security concerns that have gripped Washington following the deadly Jan. 6 insurrection at the U.S. Capitol by pro-Trump rioters. And it underscores fears that some of the very people assigned to protect the city over the next several days could present a threat to the incoming president and other VIPs in attendance.

Dog and goat serving as mayor raise money for a playground

How Betty White is celebrating her 99th birthday Sunday

If you received unemployment benefits you could owe taxes

PHOTOS: A running photo gallery of pictures from today’s protest at the Capitol

Biden plan to boost unemployment benefits to $400 per week