OKLAHOMA CITY -- A Thursday morning shooting left an OKC woman desperate after she walked outside to find bullet holes in her car.

No one was injured, but one of her tires was shot out.

She says police told her the shooters used her car as a shield.

The woman says she doesn't know how she'll get around now.

You see shootouts all the time on the big screen, but in real life, it's a different story.

"Apparently one of the guys used my car for a shield, and they shot up here and they got my sunroof and then they shot my back tire out," Sandi Bailey, the owner of the car, says.

Bailey was inside her apartment off N.W. 122nd Thursday morning when it all went down.

"When I finally came out, they said my car had been shot," Bailey said.

Police say no one was injured during the shooting. In fact they don't have any information on who was shooting the guns.

"It's kind of scary, I've lived on the north side my whole entire life," Bailey says.

And with no one responsible, Bailey is left to cover the costs of her own car being shot up.

"He said there's nothing you can do about it, you can take them to civil court, if we figure out who's the one who shot your car, or you can use your insurance, but I don't have full coverage," Bailey said.

She's also on disability and says it's already tough making it paycheck to paycheck.

"I don't even trust my little girl to come out here and take the trash out anymore, I don't feel safe anymore," Bailey says.

It's not major damage, but for this woman on disability, it sets her back quite a bit.

If you have any information that could help police, you're asked to call Crime Stoppers. 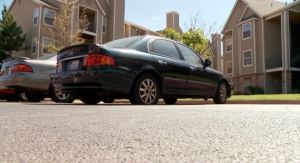 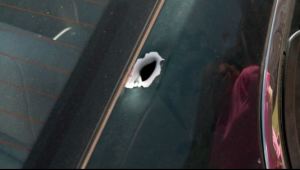