OKLAHOMA CITY – An Oklahoma veteran who served during World War II got quite a surprise during her 96th birthday. 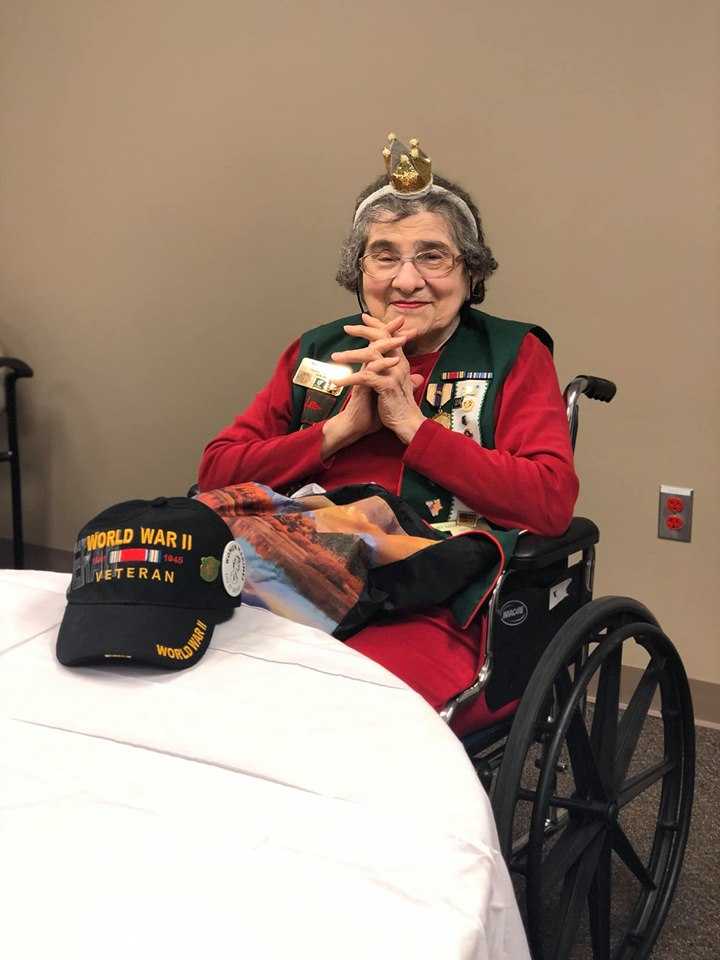 The Oklahoma City Veterans Affairs Healthcare System Women’s Clinic team learned about Glann’s birthday, so they decided to plan a surprise party for her.

Glann was in the Marine Corps during World War II where she served as an aviation mechanic. She supported the Women Airforce Service Pilots, also known as WASP, who were trained pilots who tested aircraft, ferried aircraft, and trained other pilots.

Their purpose was to free male pilots for combat roles during World War II.

Glann says she joined the military because her eldest brother was missing in action and a prisoner of war.

During Glann’s birthday celebration, she was surprised by a large group of family and staff members.

When asked what her secret to longevity was, Glann says she recommends drinking ‘lots of water.’