Police say they received a report of a wallet stolen on December 18, 2017.

The victim later realized that his debit and credit cards had been used at several locations, one being the Yukon Walmart Supercenter located on Garth Brooks Blvd. 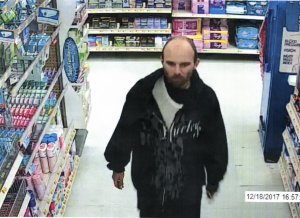 A total of six fraudulent transactions were accounted for. 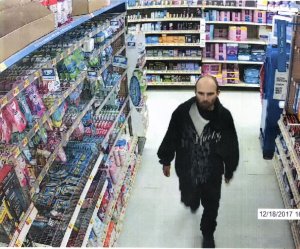 If you recognize the suspect or have any information, contact the Yukon Police Department at 405-350-5520.