Patrick Gomez, a runner from Norman, almost immediately gained the lead and never gave it up.

Gomez was strong through most of the race, including the portion around Lake Hefner that usually causes some problems for runners.

After the Lake Hefner portion of the race, Gomez began showing signs of fatigue.

Leg cramps forced him to stop several times and even seek medical attention near mile marker 23.

However, he had created such a strong lead that there was no second place runner in sight.

The women’s side of the race was not as defined.

Katie Kramer-Ochoa took the early lead, but was overtaken after the Lake Hefner portion of the course.

The lead changed several times and led to some dramatic moments at the end of the race.

Danielle Hodge gained the lead and had a comfortable distance between herself and Catherine Lisle until about eight blocks from the finish line.

At that point, Lisle began making a push to close the gap.

Just yards away from the finish line, Lisle tried to gain the lead, but Hodge simply increased her speed. 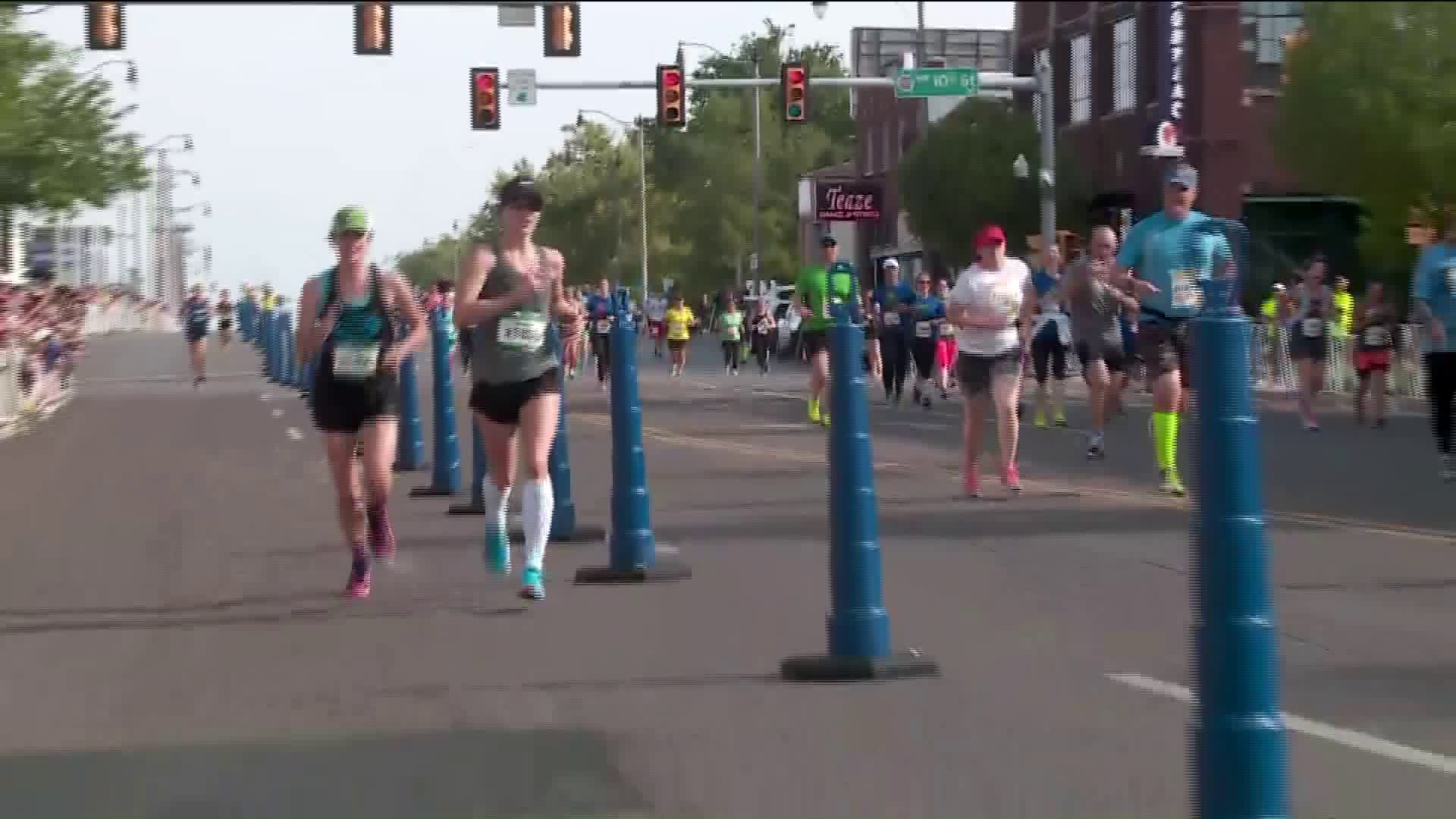 At the finish line, she tried again and pushed just enough to get the win.

Catherine Lisle and Danielle Hodge both crossed the finish line at 3 hours, 9 minutes and 15 seconds.

However, race coordinators say that Lisle was named the winner because Hodge started the marathon first.

WASHINGTON (AP) — The first African American four-star general in Marine Corps history, Gen. Michael E. Langley, credited his father with telling him to “aim high” and predicted that his promotion on Saturday would have an impact on younger people. Langley was born in Shreveport, Louisiana, and grew up at military bases as his father […]

Overall, the results show that Trump is still a powerful force within the GOP, even as questions about his viability as a presidential candidate in 2024 linger.