STILLWATER, Okla. – The NCAA and Oklahoma State University have released a joint statement about an inquiry into the OSU football program after Sports Illustrated published a series of stories alleging a number of serious violations.

The articles, written by George Dohrmann and Thayer Evans, in 2013 allege financial and academic misconduct and drug use in the OSU football program. 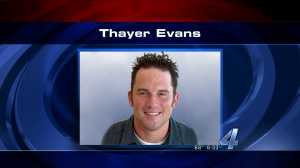 In a 2013 interview, Evans said he grew up going to OSU games.

He said, "I have no ax to grind with Oklahoma state."

An alumnus of Oklahoma State University, John Talley,  previously filed a lawsuit over how he was portrayed in the Sports Illustrated expose “The Dirty Game.”

The NCAA and Oklahoma State University investigated the claims and below is the joint statement by both groups and regarding the allegations:

"After a thorough review by the NCAA Enforcement Staff and an outside consultant hired by Oklahoma State University, allegations of misconduct in

Oklahoma State fully cooperated with the NCAA Enforcement Staff and participated in the interviews. As a result of the information collected during these joint interviews, the NCAA will issue a notice of allegations detailing three possible Level II violations."

Chuck Smrt with The Compliance Group said it was found that on four occasions over a period of several years the drug policy was not properly followed.

He also said there was an infraction involving the organizational structure of the Orange Pride group.  However, he said the allegations made about the Orange Pride by Sports Illustrated were not found to be true.

Smrt said, "No one indicated they had sexual relations with Orange Pride."

Oklahoma State University President Burns Hargis said,  “After serious claims were made in September of last year against our football program by Sports Illustrated, we announced that we would engage a recognized consultant to do a thorough investigation of the allegations. It ultimately was determined that the NCAA Enforcement Staff and the University’s consultant would jointly conduct the inquiry. If we had done something wrong or were doing something wrong, we wanted to know. We also pledged to act upon what we learned and take appropriate corrective steps."

Watch the OSU President's full response on the allegations and investigation below.

Mike Holder, the Vice-President of Athletics, Oklahoma State University also responded to the football program inquiry on the university's website.

“I am pleased that the independent inquiry did not substantiate the primary contentions contained in the Sports Illustrated articles. Nevertheless, we take the remaining matters very seriously and will undertake the appropriate actions. As I said last year after I learned about the Sports Illustrated series, we strive to comply with the rules and operate with integrity. We want our loyal fans to be proud of our teams and our athletic program. I appreciate Coach Gundy and every one of our coaches for their desire to do things the right way.”

“In the aftermath of the Sports Illustrated series, the right thing to do was examine the program. I have attempted to operate our program with integrity and have reinforced to our coaching staff the importance of compliance with NCAA rules. If we had any shortfalls, I wanted to know. While I am pleased, but not surprised, that the claims in Sports Illustrated were fundamentally unfounded, we continue to work with the athletics administration to ensure a clear understanding and application of our policies. From the moment I was chosen to coach my alma mater, I have made decisions to create a NCAA compliant environment, while ensuring student-athlete welfare. I love my players and want them to succeed in life by making good decisions and respecting the rules.”

Rick Davis, Chair, OSU A&M Board of Regents added this response to the OSU website.

“We wanted a complete and independent review of our football program to make certain we were abiding by the NCAA legislation. There is nothing of greater importance to the Regents than the universities under our governance operating with integrity and following the applicable legislation and policies. We appreciate President Hargis and Athletics Vice President Mike Holder for their leadership in working with the NCAA and our consultant to conduct a thorough review.”

Sports Illustrated says they stand by their series.

Sports Illustrated ’s statement regarding the joint statement from the NCAA and Oklahoma State about the SI series: pic.twitter.com/3SRhwMSeHH